Great race results for BPJs over the last few months

Speedy Darren Salisbury performed fantastic in some local races, winning this year’s Crowle 10K race in a time of 35:01. He also finished 1st in his age category at the Droitwich Half Marathon (6th place over all) with a time of 1.15.54,  a time which would have seen him on the podium in last year’s race. Worcester News wrote a feature article, crowning Darren the ‘King of Crowle’!

On 12th May Dan Cale and Dave Bessant won the Malvern Hills Ultra Marathon pairs title after completing the 52 mile journey as a two man relay. Also a big well done to Steve Jones, Ian Stenson and Andy Stenson who completed the arduous solo 52 mile ultra. The race organisers Ultra Running will return to the grounds of Holt Castle on the 17th/18th August 2013 for the Joust 24hr; a medieval themed 24 hour off-road race suitable for teams and solo runners.

BPJ Richard Walsh took on and won the Evesham Half Marathon on 21st April. The scenic off-road race took runners along the River Avon and along the trails towards Elmley Castle, at the foot of Bredon Hill. Then only a week later, Richard finished 17th out of 749 runners in the Shakespeare Marathon in Stratford with a time of 3.02.26; the rather strong headwinds in places proved to knock a few minutes off the runners’ times.

This year’s London Marathon saw Nick Hooper finish with an excellent sub 3-hour time of 2.57.48 and Jan McNelis who finished 35th in her age category!

Finally, back on the 7th April, Bart Thomas came first in the Chedworth 10 mile race in a time of 1.02.17, finishing well over a minute clear of the second finisher.

As well as these great victories, many BPJs achieved new PBs or took part in their 1st 10K’s, half and full marathons in recent races, such as Droitwich Half, Worcester Half/Full, Pendock and Crowle. Well done everyone.

These are some fantastic results showing that as well as being Worcester’s friendly running club, offering walking and jog/walk groups, Black Pear Joggers have some strong contenders in races to rival some of the more competitive clubs.

Check out photos from some of these events on the gallery page.

Another good result for BPJs at the Gloucester Cross Country League 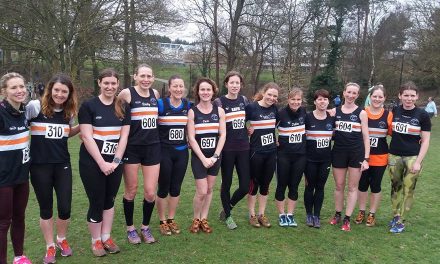 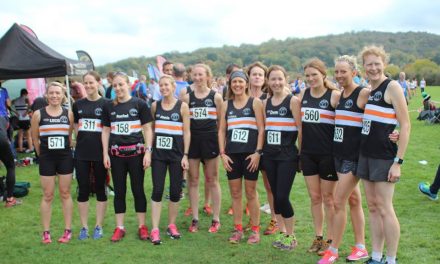