Alison Law: Why I started running

A wonderfully honest, infectiously enthusiastic account of why Alison Law, MHA, LiRF leader and generally lovely person, found and came to enjoy the sport we all love. Thank you Alison for sharing in such an open and candid manner. It is to be respected and revered. I for one am a total fan of her honesty and would like to actively encourage others to share their stories in a similar manner. 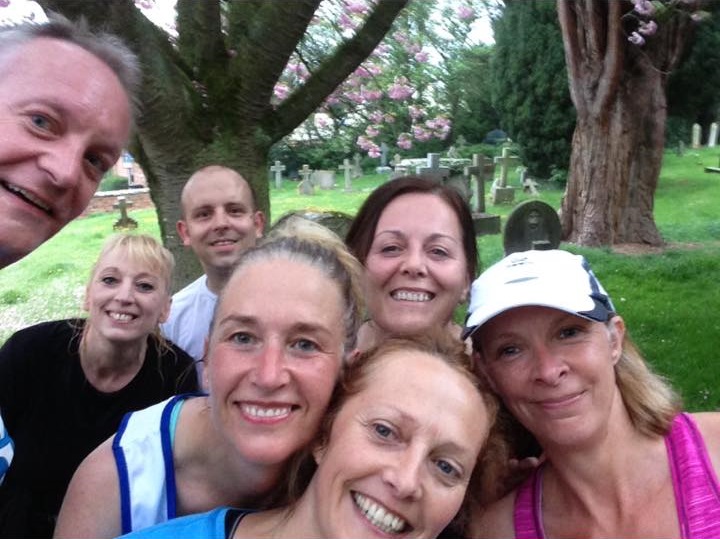 I got married on 6th June 2015 only to find out 6 weeks later that my husband had been having an affair. Of course I was devastated and life for me took a downward slide. I was eating and drinking far too much and was depressed and had to go on medication. I had a bit of a break down to say the least. I managed to get through Christmas although I dont know how, I was in complete emotional turmoil and life was very hard.  I took the decision in the New Year though to do something to change my life and make it better, I couldnt go on this way any longer. So in January this year I began looking actively for something and in February I found and started an 8 week challenge at a gym. I also found a running group advertising a C25K programme in my local area so took it upon myself to join that too even though they were already 3 weeks into it. At this point I was very unfit and 11 and a half stone. I went along each week and at the beginning found it tough, I used to worry how I was ever going to be able to run for 5 minutes solid let alone anymore than that, but each week I ran for longer and longer and this boosted my confidence and made me feel good about myself and by week 9 I could run for 30-35 minutes without stopping. The feeling I got after the run was amazing, I felt so exhilerated, so proud of myself and my confidence was getting higher and higher. I felt so good at what I had been able to achieve. These feelings made me want to continue with the running and after I completed my 8 week challenge at the gym I

decided to focus more on the running as that was what I was enjoying more. I stayed with the running group, Happy Feet Fitness, run by a Marie Tyrrell, and continued with a C25K and beyond programme once a week.

I then decided I wanted to run for longer and more often and so looked online for local running clubs and found the Black Pear Joggers, I joined the facebook group and asked about attending. There was a run that very evening and I was invited to come along and join in. Although I was very nervous, especially coming on my own, I was also doubting whether or not I would be good enough or fast enough. I went though, and my fears were soon cast aside and I was placed in a group with people who ran at a similar pace to me. That night I ran for 5 miles, that was the furthest I had ever ran and I can’t tell you how happy I felt afterwards, and how proud I was of myself. I felt great!! I enjoyed every minute of it, the group were lovely and made me feel really welcome. I ran again for a couple more Monday sessions before deciding that I would become a member. As my fitness increased, the more weight I lost and the more confidence and self esteem I gained. I felt so much better about myself and decided to slowly reduce my anti-depressants as my anxiety was so much better and I was feeling good.

It wasnt long that into my running that I decided to enter some races, my first was ‘The Cheer 5’  followed shortly 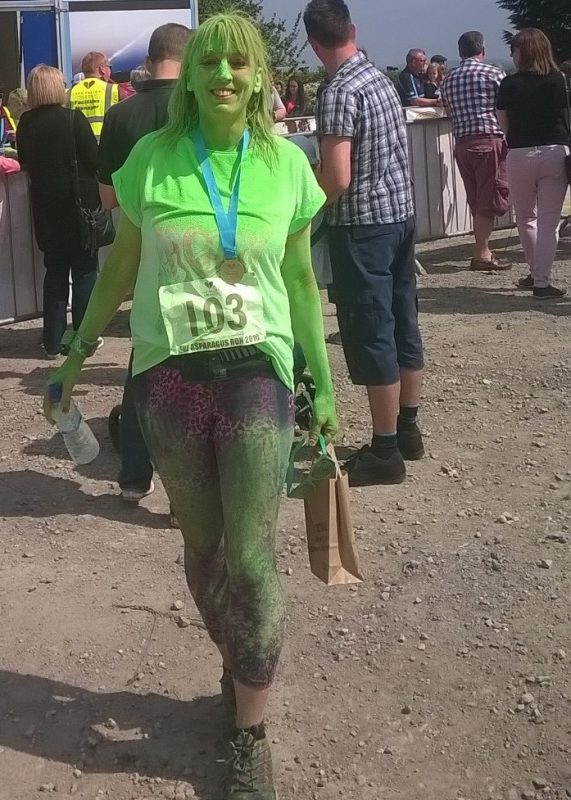 after by ‘The Scenic Six’. I did well in both races and was chuffed to receive a medal for my accomplishments. This spurred me on even more and I began entering more races, ‘The Asparagus Run’, ‘The race for life’ ,’Croome Landscape 10K’,  ‘The Worcester City 10k’ and ‘The Norton 10K’.  My running was getting better and my pace was also increasing and I was loving it more and more. My confidence was so high, I decided after only a few months of running to enter ‘The Worcester Half Marathon’ in May. Once I had entered I did panic a little bit and wondered if I had made the right descision  or made a big mistake! When the day of the race came though, I turned up both nervous and excited and did manage to run it in 2 hours 10 minutes. I was so pleased with myself, I could barely walk for the rest of that day or the following day, but it was well worth it.

I am now fitter than I have ever been and have lost 2 and half stone in weight and feel great. The Black Pears have been an absolute asset to my life, I have made some wonderful friends, everyone has welcomed me with open arms and encouraged and supported me. It feels lovely to be part of the team. I now run frequent Mondays, occasional Wednesdays and love the long Sunday morning runs. I have also had the opportunity to try Blind guide running, which was a great experience, and have recently qualfied as a LiRF.

More recently I have been successful in beoming one of the Mental Health Ambassadors for the BPJ’s and am taking an active role in the #runandtalk’ event.  I am a keen advovate and role model on the benefits that running can do for your mental health and would like to use my experience to help and support others.   I have been able to lead the 10.30 groups on a Monday evening and am currently looking forward to help leading the new C25K programme.

I am so pleased I started running, it has made a big difference to my life and has had such a positive influence on me. I would recommend it to everyone!! I have come so far, yet there is still so much more for me to do and accomplish, maybe a marathon next year! 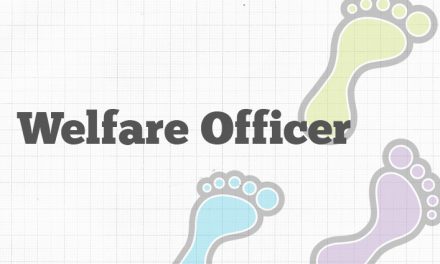 Are you faring well in your club? 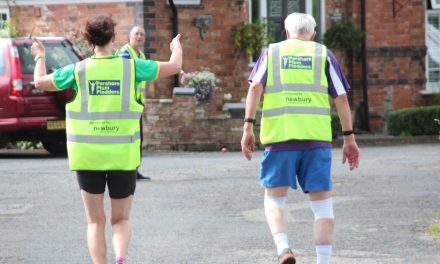 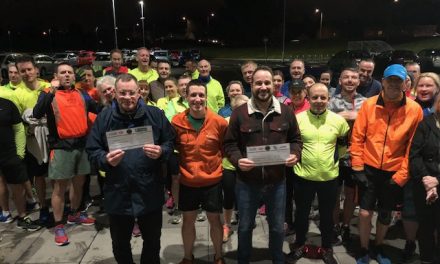